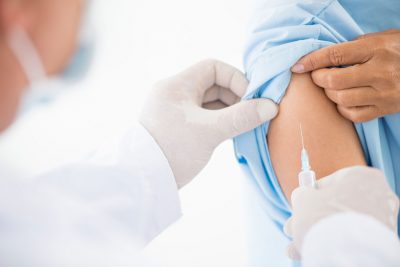 The UK government’s incentives for vaccination are raising eyebrows among the citizens. By getting the jab, the youth in the country will have access to discounts on fast foods. The NHS and major companies like Uber and Deliveroo are collaborating to fund the policy.

Moreover, youth who vaccinate will have special access to cinemas at discount vouchers. Bolt is also providing free transport to and from the vaccination centers. The policy came to effect after only 67% of the youth availed themselves of the first dose.

Health and social care sector states that the policy will keep the country secure. Uber is an active campaigner as they will message people to encourage vaccination.

Companies have taken the opportunity as a bounce back from the pandemic recession.

The health secretary, Sajid Javid, also thanked the companies for their support.

Perceiving it as an honor to help the government on the project, the uber company is proud of the chance. Deliveroo comments on the plan and are taking steps to support the campaign. The company made it clear that to achieve normalcy, NHS needs their help which they will provide.

The plan came after the attempts to force university students for jabs failed.

The founder of pizza pilgrims also said that he is hoping the campaign would be a success. He also acknowledges that the idea of making it easy to get jabs as getting pizza is a thoughtful one.
Critics

However, some influential people in society are passing some criticism on the plan. Tim Bale, a professor of politics, emphasizes that vouchers are a short-term illusion. He also adds that the youth should expect long-term incentives instead.

Tim states that the youth need a proper recovery plan for covid.

He also said that tax money is not for vouchers, rather educational campaigns. Moreover, the general population is calling the incentives “bribes,” according to reports. The public also views the cheap fast food vouchers as being against public health and well-being.

“Offering junk food makes no sense as the country has 63% of adults overweight. Moreover, the NHS was creating plans to deal with obesity issues”. These are some of the comments from the public.

Book your vaccination and taxi in Bristol today

You can book your vaccination directly through the NHS website, A Taxis of Bristol are on hand to support you through the COVID19 pandemic and can help with taxis to the vacination centre, we also offer a comprehensive disabled taxi service including support for mobility vehicles.