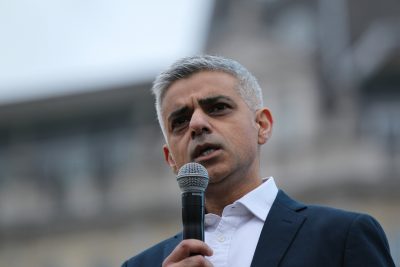 Passenger Safety At Risk Due To Lack Of Updated Taxi Legislation

Sadiq Kahn, the London Mayor, conceded during a recent Mayor’s Question Time, that the significant safety matter plaguing the taxicab industry is the extended hour’s drivers operate. Once this kind of blatant disregard for passenger safety rears its head, updated regulatory measures must be put in place quickly. Valid concerns arose following a recent report from the London Assembly addressing the correlation between excessive work hours and the fatigue felt by bus operators in the capital.

Trouble On The Research Front

The notion of another study similar to research done on bus drivers in conjunction with Transport for London was received less than favourably by Mayor Kahn even though he admitted there was a problem. When asked by a Liberal Democrat Assembly Member in regards to extending the same study to taxis, Mayor Kahn neglected to support the idea. He stated that the connection between the bus industry and TfL was very different than the one existing between private hire operators and TfL. In a follow-up response from the same Assembly Member, she expressed that there was no reason why the TfL could not commission research on the taxi industry in the capital.

In the Transport for London report found that twenty-one percent of bus operators acknowledged they are plagued with sleepiness at times during driving. Research also uncovered that seventeen percent of bus drivers fell asleep while operating the vehicle. With numbers like these putting bus passengers in danger and risking safety, the statistics on taxi operators can’t be far off. Curtailing the hours driven by taxi operators, there must be legislative changes made on the national level.

The passage of new legislation is vital as the only report regarding the regulation of hour’s taxis drivers are allowed to operate, was brought forth back in 2002 by the House of Commons Transport Committee. The report expressed that licensing limits would protect exploited drivers and prevent excessive operating hours. However, the section addresses concerns about regulating the market over the employees that make-up the market. Separately regulating the taxi trade would be difficult at best, and working hours regulations from 1998 don’t have a bearing on self-employed and private hire drivers. Minimum wage requirements protect workers across the country; in this same manner, laws are in place limiting hours worked during a given shift. Similar legislation is difficult to enforce in the taxi trade.