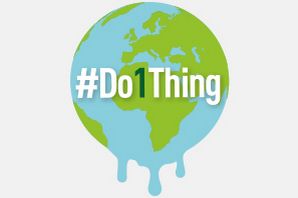 How Will Bristol Meet Their Goals for Carbon Neutrality?

Urban areas generate more carbon emissions than their suburban and rural counterparts. Cities such as Bristol have a special role to play in meeting their goals for carbon neutrality. In 2018, Bristol’s local government voted to move the carbon neutrality deadline up 20 years to 2030 from 2050. To meet that goal, Bristol is launching several new initiatives.

A Sense of Urgency

The Bristol City Council adopted a new sense of urgency after the IPCC published a Special Report on Global Warming in 2018, indicating that the international community had only 12 years to act before the Earth’s temperature rose another 1.5 degrees Celsius. Many residents of Bristol took to the streets, protesting and demanding that the Council take decisive action to combat climate change.

Bristol Energy, one of the leading utilities companies in Bristol, will be offering new green tariffs and energy schemes to their customers. Green tariffs depend on solar and wind energy that will be generated by local plants. The number of wind farms and solar power plants has been steadily increasing in Bristol. Two wind farms alone can generate enough electricity to supply power to 3000 homes in Bristol.

#Do1thing is a social media campaign on Twitter and Facebook. The organizers are encouraging Bristol residents to make one small change in their personal lives to combat climate change and bring Bristol closer to its carbon neutrality goal. The campaign has spread quickly to other areas of England such as Birmingham and London. Suggestions have included reducing use of coal and wood-burning fireplaces, carpooling to work and recycling.

In response to its declaration of an ecological emergency, the Bristol City Council will allocate the GBP 10 million it received from the Urban Tree Challenge Fund to plant three thousand tree across Bristol. The tree planting initiative will create ten new wooded areas, in addition to strengthening the tree canopy in Bristol’s urban center. The council’s goal is to double the extent of the existing tree density in Bristol before 2045.

On Valentine’s Day, students in Bristol and across the UK took part in a classroom walkout intended to pressure the national and local governments to increase their efforts in combating climate change. Climate activist Greta Thunberg has announced that she will lead a another school strike protest in Bristol. The youth are concerned about the effect that climate change will have on their future survival.

Our fleet at A Taxis of Bristol includes electric and hybrid vehicles and comply with all local authority requirements concerning green energy so you can be safe in the knowledge that you’re going green when booking one of our taxi services.