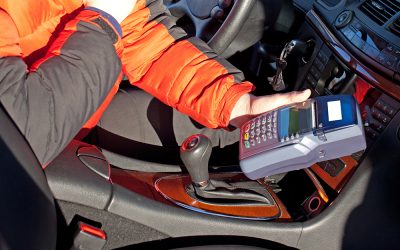 Payment is part of the process of hailing a taxi. However, not all taxis are equipped with card machines, and the ones that are don’t always accept all cards. Let’s take a look at whether card machines should become mandatory for private hire taxi companies.

Right now, if it’s late at night, and a rider doesn’t have cash, he or she has to go to an ATM to withdraw cash for the taxi. This sets the scene for a robbery or ambush in the early hours of the morning where there are not many bystanders. Card machines will eliminate the need to withdraw cash, as riders can simply pay via credit card. Public safety is of the utmost priority for most counties, and this change will be welcomed by law enforcement.

Some people don’t even have cards to withdraw money. With only a credit card, they have to walk home if the taxi doesn’t have a card machine. As mentioned before, this can lead to robbery or even more heinous crimes such as assault. From a safety standpoint, there’s no doubt that card machines in taxis would lead to better transportation in the late hours of the evening. Depending on the location, it can be extremely dangerous to walk home at night, especially by yourself in an unknown area. With card machines, anybody with a credit or debit card will be able to guarantee themselves a safe ride.

Some drivers are hesitant to get a machine due to the cost. While it is true that they will have to make an investment, it is more often than not a worthy one. When more riders pay via card instead of fumbling around with cash, taxis can make more trips and service more clients. This will increase their revenue and pay off in the long run. In most cases, the driver will be subsidized by his or her company, so the money doesn’t have to come out of pocket. Overall, quicker trips benefit both parties, and the cost of a card machine isn’t a concern.

There aren’t many drawbacks when it comes to card machines for private hire taxi companies but many feel that there is still a place for cash and for certain taxi users such as the old and vulnerable. So whilst it might be considered a benefit that all taxi vehicles carry card machines, this should be considered alongside keeping a cash option for users who still prefer traditional payment methods.